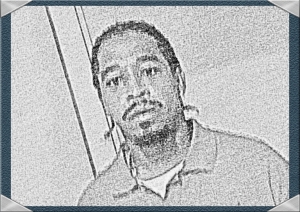 As part of my commitment to bring new talent to my audience, it is with great pleasure that I feature an emerging poet, Lavelle M.  I recently heard Lavelle read the accompanying poem, “Cinco de Mayo” at an open podium, and while the piece entitled was somewhat dated, his mastery of research in composing this piece left a deep impression on me and I knew my fans would appreciate this new voice.  Lavelle writes in free verse here, bringing about a much needed historical correction to the myth of Mexican Independence Day.  For generations, this important feast day has been misrepresented and Lavelle gently lays down the bare bones of this date in history.

Cinco de Mayo started in 1862
During the Civil War, before Emancipation
The Mexican soldiers had a celebration;
Not for freedom, but for heritage and pride

By defeating the French on the far West Side
Blood was shed, lives were lost
By dead soldiers who paid the cost
Battle of Puebla is the name of the War
Too bad the French didn’t know what was in store

With war comes tragedy, death, and defeat
It’s when the strong survive and surpass the weak
For me, to be strong is something I seek.